Enjoying the Seasons in Australia: What to Expect

Australia is one of the world’s top holiday destinations for 2019 so it makes sense that, this year alone, the country is expecting a total of 10 million tourists. But did you know the seasons in Australia can vary a bit more than you’d expect?

If you’ve already booked your trip to Australia, then you’ve made a great choice. The country offers stunning coastlines, breathtaking nature and a rich history all ready and waiting for you to explore!

But don’t let your trip be ruined by the weather. Most people associate Australia with brilliant sunshine and scorching heat, but this isn’t always the case. Like every other country, Australia has seasons that bring different weather with them.

So make sure you’re prepared by learning all about the seasons in Australia, what to expect and when. To help you out, we’ve put together this handy guide on Australian weather by month.

From spring through to winter, read on to find out everything you need to know!

The Basics of Seasons in Australia

As with most countries, there are four seasons in Australia: spring, summer, autumn and winter.

These each last for about three months. And, as with most countries, as you reach the end of one season, you’ll notice a gradual shift into the next. You don’t just wake up to bright sunshine one day after a wet and windy spring!

Technically, each season starts on the first day of a given month. So when you’re planning your trip, you should consider your exact travel dates. For example, you might have very different weather on 2nd September than on 28th September.

You should also take into account whereabouts you’re travelling. The southeast and west coast of Australia tend to remain fairly mild in their weather variations. In contrast, the north of the country can be more extreme and is fairly tropical at certain times of the year.

These northern areas see two more distinct seasons, which are characterized by the climate they bring. The wet season lasts from November through to April. And the dry season stretches the other half of the year, from April through to November.

These seasons can bring extreme climates with them. So if you’re visiting northern Australia, take this into account when planning your trip. 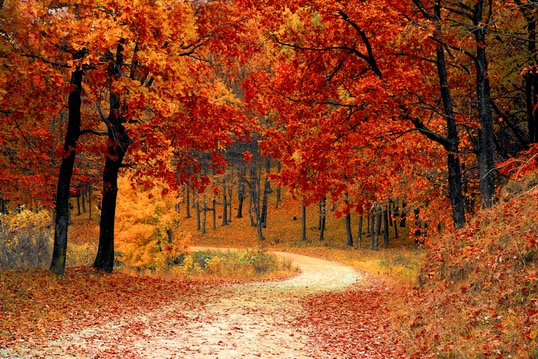 For the northern hemisphere, the months to March, April and May mark springtime. But this period signals the autumn season in Australia.

As you might expect, during the autumn months, the country is transformed into a reddish-gold paradise. Even for seasoned walkers in Australia, this creates an entirely new landscape to explore.

In particular, the city of Orange in New South Wales and the Yarra Valley are great places to visit in Australia’s autumn. Yarra Valley is one of Australia’s most popular wine regions and it doesn’t stop producing come autumn. So you can take a load off and sample some delicious wine after a long day’s walking.

As you move through Australia’s autumn, you will notice, however, that temperatures start to drop off. At the beginning of the season in March, you can enjoy temperatures between 24°C and 11°C (or 75°F and 52°F.)

But come May, these temperatures will drop down to between 16°C and 4°C (or 61°F and 39°F). The days will also start to get shorter, and you’ll notice an increase in rainfall.

If you’re looking for a dry, sunny day walking, then we’d recommend getting out in March. But if you don’t mind the rain, and provided you have the right hiking boots with you, you’ll be able to keep exploring throughout the autumn season. 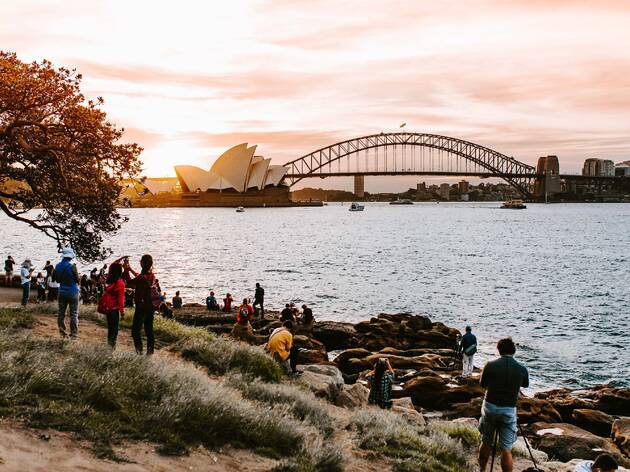 As you would rightly expect, winter follows on from autumn and spans from the beginning of July through to the end of August.

This is the time of year to put away your suncream and get out your rain jacket. However, visitors from the northern hemisphere might be surprised by how mild an Australia winter can be.

Temperatures will rarely reach over 20°C (or 68°F) and usually sit around 11°C (51°F). Nevertheless, they can drop down to freezing temperatures at night and in the evenings.

But this doesn’t mean you have to sit indoors reading your book. A lot of Australians consider winter the best time of year for outdoor activities because they can do them without overheating! It might be cooler, but generally, Australia doesn’t experience as much rain as some other countries do during winter.

It’s considered one of the best time of years for swimming in the ocean. Or—if you really want to cool off—why not hit Victoria state and go skiing or snowboarding?

This is also a great time of year to check out the country’s wildlife. Australia’s kangaroos, pelicans and koalas don’t seem bothered by the drop in temperature. So you can still find them relaxing in their natural habitats and in national parks.

But if you want to go exploring in winter, you might have to plan ahead a bit more. You only get around six or seven hours of sunlight each day. To get a proper adventure in, you need to be ready to go once the sun is up!

Next up Is… Springtime

Australia’s autumn and spring share a lot of similar characteristics. Neither season is unbearably hot or bitterly cold. And like autumn and winter, spring spans across three months – September, October, and November.

The number of daylight hours will also start to get longer and the amount of rain will ease up. This is a great time of year to watch as spring takes over the country.

Plants will start to bloom and animals come out of winter hibernation. You’ll also notice a gradual change as the country regains its vibrant, green landscape.

But if you’re visiting the northern regions of Australia, you should proceed with caution in springtime. This is the time of year that cyclones or tropical storms will hit these areas of the country.

These huge storms can reach speeds of up to 295km/h. Getting caught in one could be extremely dangerous. So if you’re going walking in this area in the spring, always check the forecast before you go out.

Last But Not Least: An Australian Summer 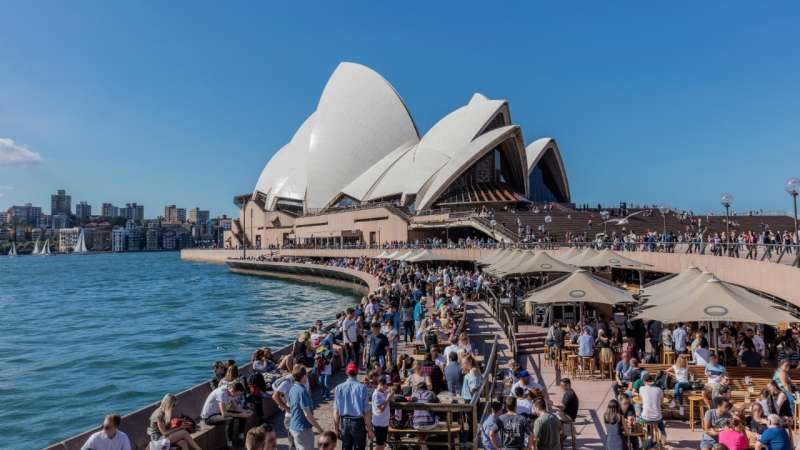 Summer is the most iconic of Australia seasons. It gives the country its reputation of flip-flops, sun-soaked surfers and chilled beers on the beach. And what’s not to like about that?

This is the perfect time of year to find a great spot for camping, pitch up and enjoy everything the country has to offer you. But like every season, knowing what to expect is extremely important for keeping you safe and comfortable while on the road.

From December through to February, the temperature can reach over 28°C (or 82°F). Even on a cooler day, it’ll rarely drop below 13°C (55°F). The sea temperature will also rise, and the rain will hold off, so it’s a great time of year for a splash in the ocean.

But any explorers should make preparations for this heat. Make sure you invest in a fantastic tent with proper ventilation so you don’t overheat. Always carry water with you when out hiking and try to keep out of the direct sun for long periods of time.

And don’t think that this sunshine will put a stop to Christmas celebrations. Australians might not go in for a full roast dinner in thirty-degree heat, but they’ll be sure to celebrate properly. You might even see the odd Christmas jumper down on the beach!

Stay cool along the coast the Eyre Peninsula or in Coffin Bay where you can sample some of the freshest oysters Australia has to offer. Or you can escape the crowds and head on up to Wilsons Promontory. This area offers amazing hiking trails for all abilities.

Whichever season you visit Australia in, you’re sure to have the best time, and each season has something different to offer. Just make sure that you plan ahead when organizing your trip. Working with the seasons in Australia is the best way to ensure you make the most of wherever you end up!

If you’re going hiking, don’t forget to pack your poles. And check out our handy guides on how to save on packing space using your hiking backpack!

KokodaGear helps you get prepare and plan for trekking, hiking and camping trips across Australia and beyond. We obsess over details and work hard with field experts to create well-researched and practical guides. We hope you find our reviews and guides very useful.