The Best Sydney Parks to Visit with Your Family

This year, the number of people visiting Australia from abroad is set to be a record-breaking 10 million! But did you know that even more people make domestic trips to the Sydney each year? Whether for one of the many Sydney parks, events, or tourist destinations on offer.

11.4 million domestic visitors made an overnight trip to Sydney between March 2018 and March 2019. And a whopping 23.4 million visited the city for a day trip.

Sydney has loads to offer. You could visit the iconic opera house, wander along Bondi beach or muse your way around the Museum of Contemporary Art. But what if you just need to give the kids a run around for the day?

In that case, you should visit one of the many Sydney parks. Scattered around the city, these vast green spaces offer the perfect place to play in the sun and relax in the shade.

Struggling to pick the best one? Well, look no further! Read on to find out about the best parks in Sydney, Australia! 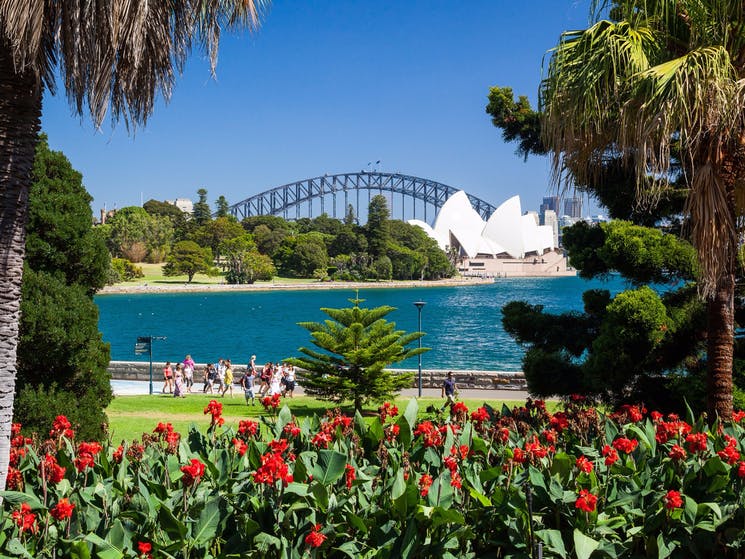 If you’re looking for somewhere to relax and learn about the country’s nature then this is the place for you.

The Royal Botanic Garden sits on the edge of Sydney’s famous harbour and boasts views of both the Opera House and the Harbour Bridge. It’s a great spot to get a photo with these iconic landmarks. But you might be so busy exploring the garden you might not even notice them!

This Sydney park devotes itself to Australia’s flora and fauna so it’s great for explorers of all ages. It’s also home to a variety of wildlife, from vibrant tropical birds to shrill fruit bats and even water dragons.

If all of this isn’t enough, you can also check out the Calyx horticultural area. This is home to imaginative exhibitions on all aspects of Australia’s wildlife.

You can also dive straight into Australia’s Aboriginal past on a heritage tour of the area. This explains the significance of plants to the Aboriginal culture. It even gives you the opportunity to taste some traditional food from the bush. 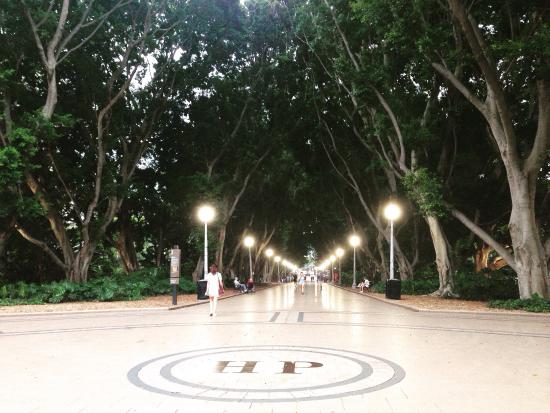 One of the best parks in Sydney, Hyde park has a rich and interesting history.

You might not think it to look around the park but it was once the most important place in the city. It used to be swampland. This provided food and water to the Gadigal people who lived in the area for over 60,000 years.

In 1810, it was transformed into the first public park in Sydney and was named after London’s famous Hyde Park. It housed a racecourse, a cricket pitch and army barracks. It also became a place where local children came to play.

When the underground in Sydney was first installed in 1855, the park was nearly destroyed entirely. But the city restored the park in 1927 and it has remained the same ever since.

Nowadays, you’ll find it to be a vast green space in the centre of the city. It is also home to the Archibald fountain and the Anzac War Memorial.

Centennial Park is the perfect place to visit if you want to keep your kids active while on holiday. It is a sporting hub in the city.

The Centennial Park alone covers a massive 467 acres worth of land. The Grand Drive around the park is 3.6 kilometres long and the perfect place for a bike ride.

Inside this drive, the park features a breathtaking Victorian landscape design. This includes ponds, tree-lined avenues and formal gardens.

Along with these ornate features, it is also home to some of the best playgrounds in the entire city. These are perfect for all ages and are a great place to blow off some steam.

And just in case you were worried that there might not be enough room for fun and games, the Moore Sports Park spans a further 284 acres. This space houses several stadiums along with sports pitches and courts.

You can go there to play golf, tennis or netball, or simply to run some track. You might even be able to join in with some of the local community sporting events that take place there. 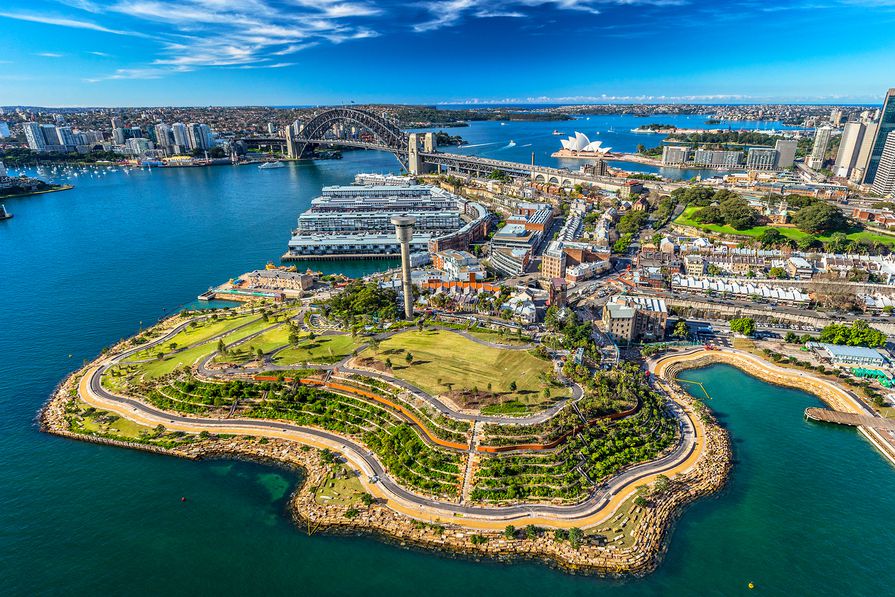 This park might be newer than a lot of the other spaces in Sydney but it’s a great space to spend a day with your family. It’s the perfect place to come and get a change of scene if you’re camping outside the city.

Set on the waterfront, it is surrounded almost entirely by the bay and offers stunning views across it. The sites itself used to be the site of a vacant wharf, which makes sense given the location. But you wouldn’t think it by the look of the space!

It opened in 2015 and offers an entertaining park space over multiple levels. From the highest level, you can enjoy panoramic views over the harbour. Or on a rainy day, you can enjoy exhibitions or events held in the Cutaway.

And you won’t have to leave this park for supplies either. There are usually a plethora of local food vans selling hot and cold refreshments just outside the Cutaway. 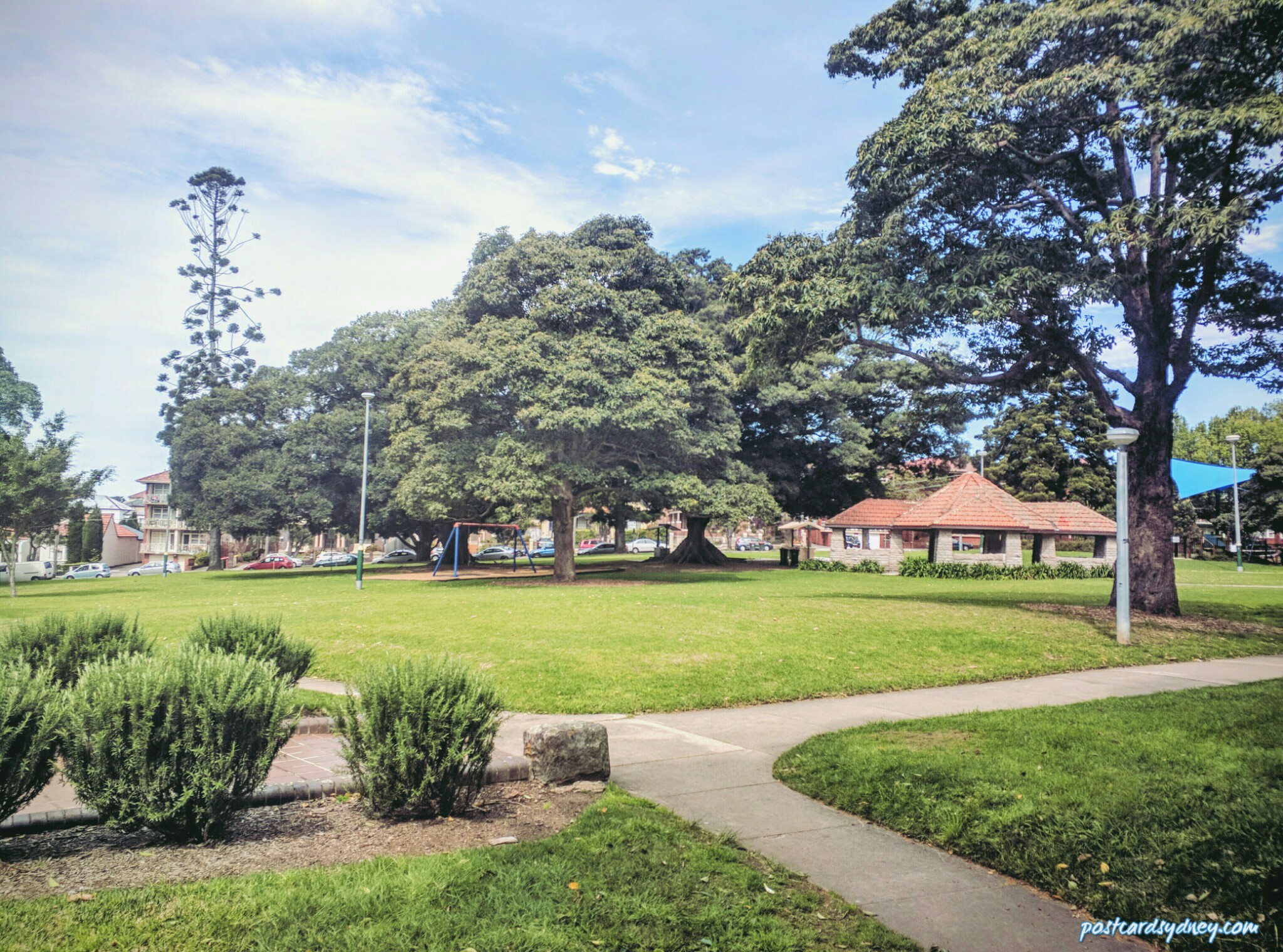 If you have young kids then this is the perfect park in Sydney to come on a hot summer’s day. This broad green park is covered in stunning, leafy palms to create shade for the perfect picnic.

It’s hardly surprising, then, that it was the favourite park of P L Travers – the author of Mary Poppins. In fact, this is where she wrote large sections of this famous story. There is even an iron statue of this iconic literary figure in the park itself.

While at the park, you can enjoy shady walks and visit the Commonwealth Pavilion and War Memorial. Or if your little ones have energy to use up, let them run around the on the park’s very own soccer field. 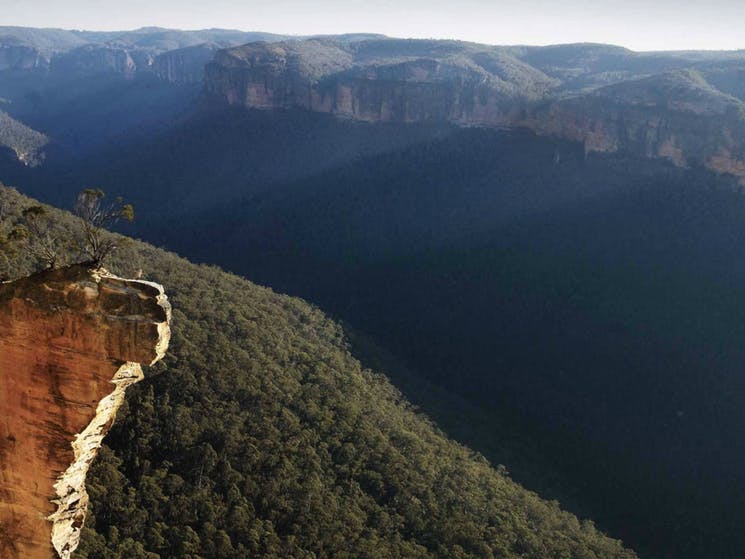 If you’re looking for a park in Sydney that takes you away from the city then you can’t do better than the Blue Mountains National Park. If you thought that Centennial Park was big then this will blow your mind!

Located to the west side of Sydney, this park spans 156,000 acres of land and is a registered heritage site. It was founded in 1959 as a way of preserving breathtaking scenery near the city and now provides an amazing escape to both tourists and residents.

The mountains offer a huge range of trails and paths to explore and once you’re inside you’ll forget you’re anywhere near a city. For those who like a challenge, the highest peak is 1,215 metres above sea level. But there are park trails for people of all ages and abilities.

If you don’t feel like walking then simply ride over the treetops. The Scenic World’s Skyway and Cableway provide breathtaking views for half the effort!

As you walk through the park, you’ll witness some of Australia’s amazing natural phenomenon. You’ll find everything from swamps, to grasslands and stunning rock formations. A lot of the trees that make up this stunning landscape are extremely rare, numbering only 100 in the entire world.

It’s also home to a third of Australia’s bird population along with a plethora of frogs, reptiles and mammals. If you’re really lucky, you might even spot one of the world’s endangered species, such as the Regent Honeyeater bird or a Broad-headed snake.

To make the most of everything that this park has to offer, you might want to make a weekend trip out of it. Day trips are also fine, just make sure you get there early to squeeze everything in.

And always check the weather forecast before you go. Nothing will ruin your day like a thunderstorm. Some areas of the park will be closed after excessive rainfall. 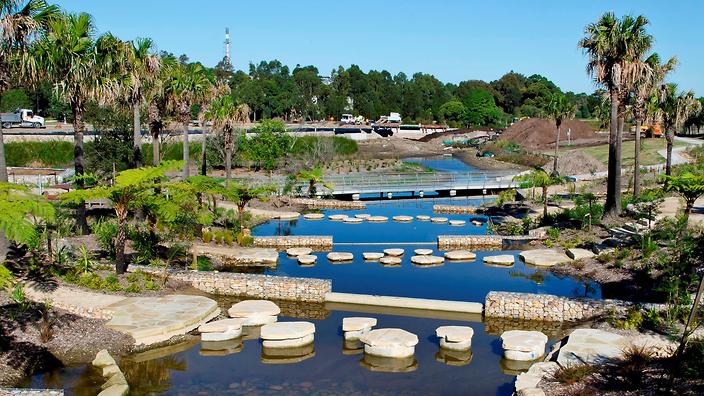 Last but by no means least, we have Sydney Park! After all, you couldn’t have a list of parks in Sydney without this one, could you? This 40-hectare site offers a great day out for the whole family.

Originally the site of an old brickworks, you can still visit the old brick kilns and chimneys. But if this history won’t keep the kids entertained, never fear!

It is home to one of the city’s largest children’s playgrounds. You can also burn through their energy on the park’s special miniature cycle network.

If you don’t have your bikes with you then the Sydney Park Cycling Centre will provide everything you need. And it’ll teach your kids all about road safety when cycling.

At lunchtime, check out one of the park’s cafes or head on down to the barbecue stations and fire up them up! You can donate any leftover burger buns to the ducks down at the park’s ponds and learn all about the wetland’s wildlife while you’re there.

Get Out and Visit These Sydney Parks Today!

If you’re looking looking for Sydney parks, it won’t take you long to find one! They’re the perfect place to relax and play with your family while on holiday. Or simply use them to get that all-important fresh air!

And if you’re about to hit the road with your family, make sure you have all these essential camping supplies with you.

KokodaGear helps you get prepare and plan for trekking, hiking and camping trips across Australia and beyond. We obsess over details and work hard with field experts to create well-researched and practical guides. We hope you find our reviews and guides very useful.